Mounting of the sensors at MHWirth. 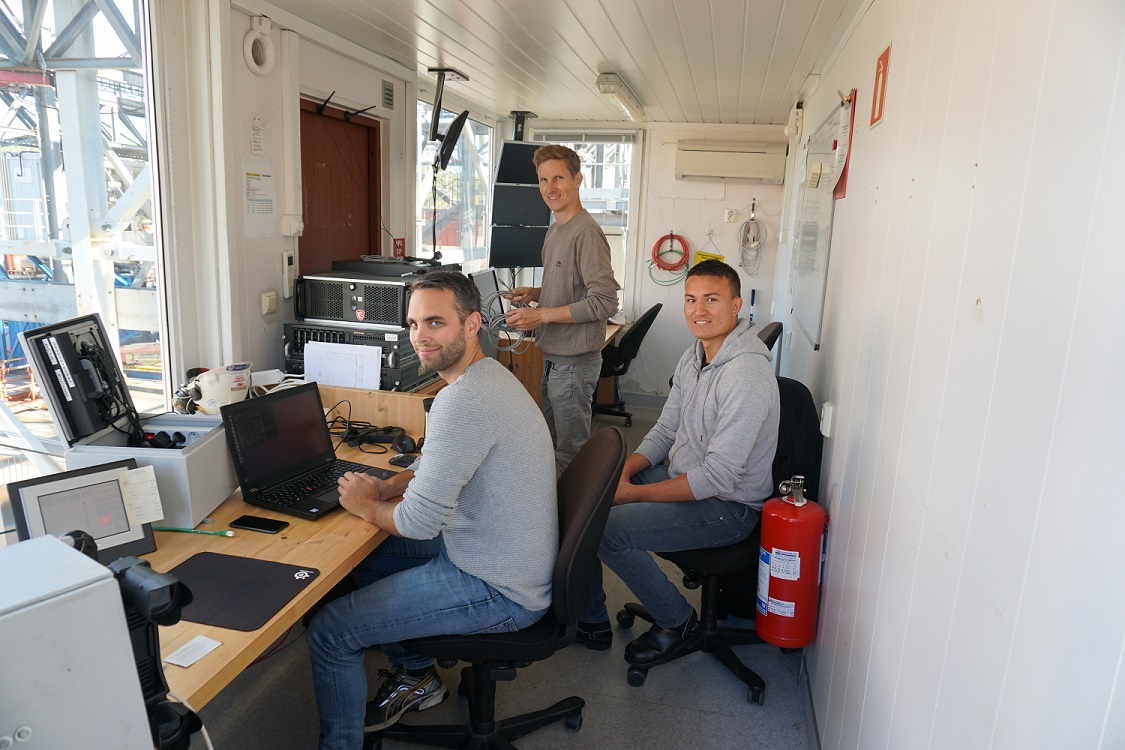 Inside the driller’s cabin, from left to right: Joacim Dybedal, Atle Aalerud and Kai Erik Nilsen.

During the week August 13-17 the 3D sensors used in the work-package WP3 Robotics and Autonomy will be running 24/7 in the outdoor testing tower at MHWirth, Dvergsnes, Kristiansand. The goal of the tests is to test the multiple sensor packages in a more realistic environment compared to the lab at the University, as well as to generate a large dataset which could be used by the other partners in the project. Initially, the dataset will be used for sensor calibration and human motion detection.

Two Master students (Kai Erik Nilsen and Wei Zhao) assisted the PhD candidates by building the 3D sensor enclosure and capturing data from outdoor tests during the summer of 2018.